Domonkos Herboly was born on 5 August 1976 in Budapest as the second son of a family of musicians. He obtained his baccalaureate at the Szent István Király Secondary School of Musical Arts, which was supplemented two years later by a vocational baccalaureate in double bass. He was subsequently admitted to the Teacher Training Institute of the Franz Liszt Academy of Music in Budapest. In the year 2000, he obtained a degree in double bass pedagogy and chamber music. Between 1996 and 2000 he played the double bass in the following orchestras: the Óbuda Danubia Orchestra, the Budafok Dohnányi Ernő Symphonic Orchestra, orchestras of the Szent István Király School of Music and Secondary School of Musical Arts, the MÁV Symphonic Orchestra and the Hungarian Radio Symphonic Orchestra. In the year 2000 he applied for a postgraduate course offered by the Manager Training Institute of the Budapest University of Economics and State Administration (now called: Corvinus University of Budapest), where he obtained a Masters in Business Administration in 2006. From 2001 to 2004 he worked as Assistant to the Financial Director of Hungarofest National Event Management Ltd. Then from 2004 to 2005 he was employed as Financial Director of the newly established Hungarian Cultural Institute in Brussels. Between 2006 and 2010 he was the Director of the Debrecen Philharmonic Orchestra and Kodály Choir. Between 2010 and 2017 he worked as the Financial Director of Örkény István Theatre. He was appointed acting Director General of the HNP Hungarian National Philharmonic Orchestra, Choir and Music Library on 16 March 2017 and he has been Director General since 1 January 2018. Since 2011 he has been a member of the Musical Arts Advisory Committee managed by the Ministry of Human Resources. On 13 July 2020 he was elected President of the Association of Hungarian Orchestras. 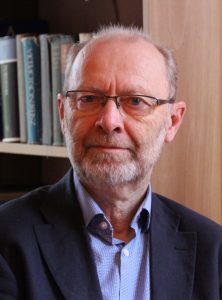 He graduated at Ferenc Liszt Academy of Music in Győr (1972), and he worked in the Symphonic Orchestra of the Hungarian Radio as violin leader until 2008. As a musician he worked in string quartets, chamber  orchestras and in several foreign consorts. In 1985 he founded  Concentus Hungaricus Chamber Orchestra.

In 1993 he initiated the foundation of the Association of the Hungarian Symphonic Orchestras. Until 2007  as president, then as general secretary he has all the time been acting  as member of the committee in the association. He attended actively in the development of the Act of Performers. (in Hungarian Emtv)

He is  member of several committees and advisory boards. He is the editor in chief of the journal Zenekar (Orchestra).  In 2008 he was awarded the Silver Cross of the Hungarian Republic.

Sándor GYÜDI (member of the board) 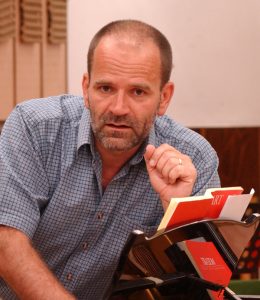 He was awarded a degree at the Liszt Ferenc Academy of Music in Budapest and then joined the National Theatre of Szeged in 1988 as conductor and chorus master. Since 1999, he has been director and conductor of the Szeged Symphony Orchestra, then, from 2008, its principal conductor and music director, and, concurrently, as of 2018, its director and principal conductor. Between 2008 and 2018, he was general director of the National Theatre of Szeged and, from 2018 to 2020, he was its music director. He is an active conductor of concerts and opera performances both at home and abroad, member of juries at international music competitions, lecturer at the Music Faculty of the University of Szeged. Besides other prizes, he was awarded the Liszt Ferenc Prize (2006), the Order of Merit of Hungary (Knight’s Cross, 2014) and the Order of Merit of the Republic of Poland (Knight’s Cross, 2016).

Zsolt HORVÁTH (member of the board)

György LENDVAI (member of the board)